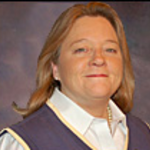 Kathleen N. Carey Law Offices, PLC – Ms. Carey is the principal and owner of the firm that focuses all of her practice in all Criminal Defense matters with an emphasis in the area of DUI defense with the remaining part of her practice on MVD and/or regulatory hearings/defense.  She has been practicing DUI defense since 1997, starting as a student in law school with her first case presented in Tempe, Arizona.  Ms. Carey previously worked in the Mesa (SEF) office of the Maricopa County Public Defender where she was assigned primarily felony Criminal cases but began being the one attorney in the office to be assigned to DUI cases and/or vehicular crimes in the her trial group.  She was then transferred to represent the Maricopa County Public Defender's Office as the first full-time dedicated Lobbyist as that offices' Relations Coordinator, in the country at the state and federal legislatures until she left the office in 2005.  Ms. Carey was the private criminal defense Legislative Liason from 2005 to approximately 2008, for the Arizona Attorneys for Criminal Justice (the local affiliate for the national organization - NACDL).  She received her J.D. from Arizona State University as a Willard H. Pedrick Scholar (1999) where she participated in the Public Defender's Clinic focusing on DUI Defense.

Ms. Carey is a Licensed Attorney in the State of Arizona and a member of the Arizona State Bar Association.  She is or has been a member of several professional organizations including the National College of DUI Defense (Current Arizona State Delegate 2012 to Present), Arizona Public Defender Association (legislative and Parity Committees), Arizona Attorneys for Criminal Justice (Legislative and DUI Committees and the statewide Derendal Task Force to preserve the inviolate right to jury trials in Arizona submitting the Amicus Brief on behalf of the Maricopa County Public Defender); and has been a member of the National Association of Criminal Defense Lawyers (State Legislative Network Member) and the American Bar Association. After successfully obtaining a statutory amendment to expand the Committee to include a statewide indigent defense representative, Ms. Carey became the first APDA appointee by the House Speaker to the Arizona Sex Offender Guidelines Committee.  She assisted the National Foundation of Women Legislators as a Host Committee member for the 2005 National Conference held in Phoenix, Arizona.  She has been certified (admitted) to practice before the Pascua Yaqui Tribal Court.

She is trained in the administration of Field Sobriety Testing; the administration of Drug Recognition Evaluations (September 2011) and on instruments being used to test for alcohol and drugs by the Crime Labs in Arizona (July 2012).  Ms. Carey is also a graduate of the Gerry Spence Trial College (July 2010 Warrior), Speak Like Leader Trained (Summer 2009) and has frequently presented at DUI and MVD seminars primarily focused at educating attorneys, prosecutors, law enforcement, legislators and the judiciary on Defense of DUI's, MVD and DUI laws and/or the collateral consequences of DUI convictions.

Ms. Carey has an extensive history of community involvement participating on committees, Teen Court and Courthouse Experience Tour Programs, neighborhood watch and legislative action committees.  She has frequently been sought by private, legal, criminal justice and defender organizations at a state and national level as a speaker, panelist, and/or participant as faculty for the purpose of educating others, discussing legislative bills, updates, trends, unfunded mandates, collateral consequences and the disenfranchised with an emphasis on restoration of rights, sentencing reform and the need for private citizens and state and national defense bars to become active in legislative affairs and government relations.  Ms. Carey has frequently testified before legislative committees at the Arizona State Legislature and has worked with federal legislators on criminal justice issues.  Ms. Carey assisted Senator Durbin (D – Illinois) with drafting federal legislation to assist public defenders and prosecutors with student loan forgiveness in an effort to address retention and recruiting shortfalls.  She has made numerous visits to schools and/or parks and recreation programs to educate youth on the consequences of illegal behavior with an emphasis on the dangers of underage drinking, driving under the influence and drug abuse

Thank you for contacting us. We will get back to you shortly.

Please complete all required fields below.

Kathleen Carey is an experienced and passionate advocate for her clients.

Ms. Carey offers a free initial case evaluation, and will go over the facts of your case, your history, your rights and options.